Thanks for your question about a compatible battery grip for your Canon t7 (aka 1500D). Here is a photo of one with the cord that connect the electronics between the grip and the t7 camera body. 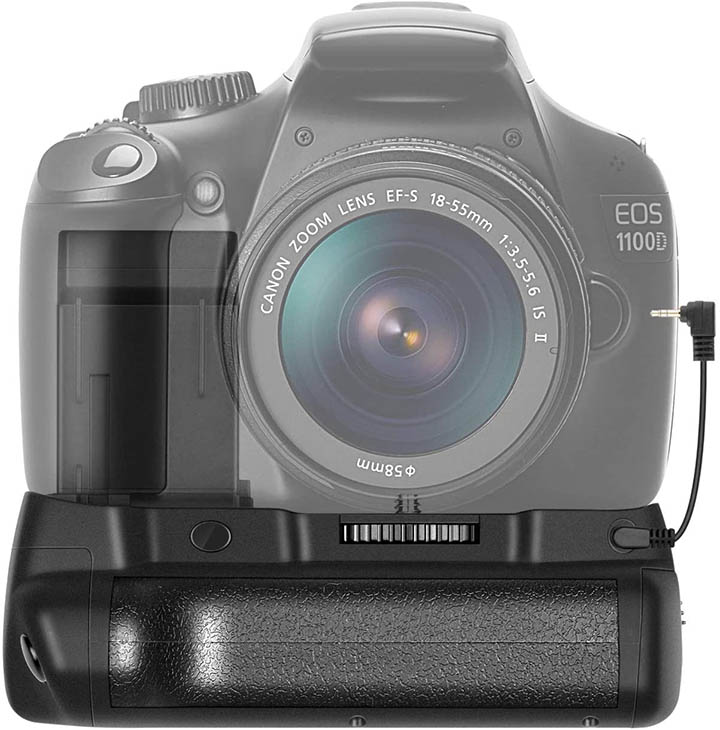 Canon does not make a grip for the t7, but I know that several buyers of one made by Neewer have used this battery grip with the LP-E10 batteries for their Rebel t7 successfully.

The Rebel t7 take LP-E10 batteries. These batteries have a capacity of 860mAh. Canon shooters want to know how long the t7 battery will last. When they're fresh the LP-E10 batteries should last for around 500-600 photos.

The t7 is one of the smaller, lighter Canon camera bodies and interior room is at a premium. The t7 batteries are consequently smaller and have less capacity than the bigger batteries that fit the larger Canon bodies, like the 80D, 90D, 5D, and 6D series of Canons.

It only makes sense that Canon photographers like the idea of the extra capacity gained by using a grip. Grips also provide access to camera settings and controls while holding the t7 in a vertical "portrait" orientation. Here is a complete list of all the batteries and grips and their compatibilities.