One of the readers of Canon camera geek asked about a Canon Powershot G11 vs G15 comparison. I upgraded from my G11 to the G1x Mark II because of its much larger sensor.

Is the Powershot G15 a better choice for you?

I was not a happy with the IQ (image quality) of my G11. I loved the size of my G11. It really did fit into my pants pocket, but the 1/1.7 inch sensor was just too small to give me the quality I was hoping for.

If you already have a Canon G11 and are happy with the image quality, it might not make sense for you to upgrade to a G15 or G16.

The Specs That Matter - In My Eyes

I highlighted the important differences from my perspective. The biggest difference in these 2 cameras is in the video quality and capabilities.

The HD quality, and the 240 frames-per-second recording make the G15 FAR superior in shooting videos.

The exception to that is the fixed LCD screen on the G15.

A rotating screen would be much better feature for shooting video, but Canon want to make the camera smaller.

As a portrait photographer, I often like shooting with a wide open aperture, so that I can get very shallow depth of field for soft blurry backgrounds, and the maximum f/1.8 lens on the G15 is an appealing feature for me.

The G15 was released 3 years after the G11, so you know there will also be a significant improvement in IQ for regular still photographs.  Focusing speed is better and The G15 can shoot still photos faster, 2 fps vs. 1 fps, but neither of these cameras are capable of decent sports/action photography.

G15 Advantages That Matter to You

What about the G15 vs G16 Comparison?

That's a topic for another day, but I will make these general comments.  The G16 is  a slightly better camera.  It has an extra year of technology built in.

That includes a Digic 6 processor, an impressive 10 frames-per-second shooting, and built-in WiFi. Other than that, the Canon Powershot G15 and Powershot G16 are like identical twins with just a few minor differences.

If you were looking to buy either one of these cameras as a first time buyer of a a quality Canon point and shoot, the Canon Powershot G15 would clearly be the better choice.

It's got significant advantages over the G11 and a new cost comparison would be a great idea. If you already have a G11, and don't shoot much video, I'd just hang onto the G11 for now.

Prices will vary so I am not including a current Canon Powershot G11 vs G15 price comparison here.  A good place to do that is at the world's number one on-line retailer, Amazon.

Looking at the current prices might make the G11 vs G12 comparison real easy to decide on. 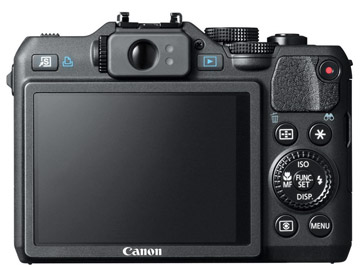 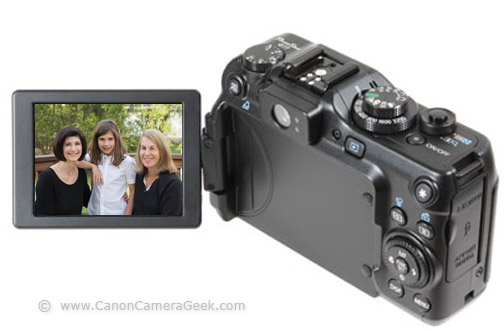