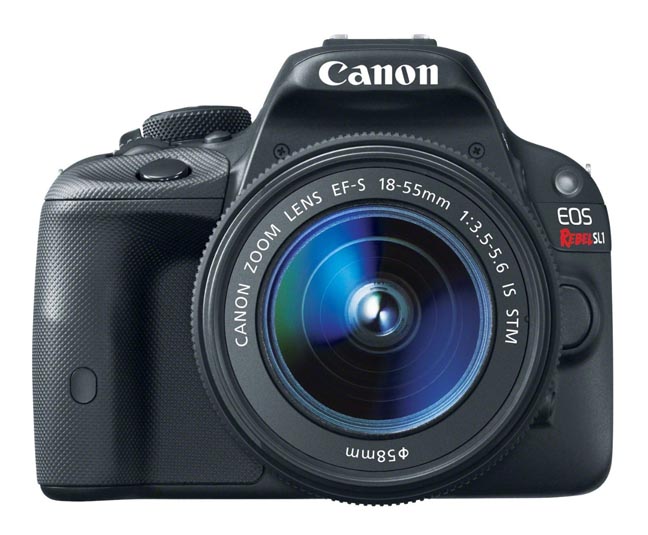 The quick answer is easily yes for many reasons. Now that there is a 2nd and 3rd version of the smallest DSLR in Canon compact DSLR lineup you've got even more options.

This post will help you decide whether a compact DSLR is a possibility for you. We'll touch on smallest DSLR low price and compare small DSLR vs. mirrorless.

Here's a table showing your the release dates for the original diminutive SL1 and it's upgrades.

At the time of this update, these are the prices for brand new Canon SL# cameras. You can see what a bargain the original smallest DSLR is now. 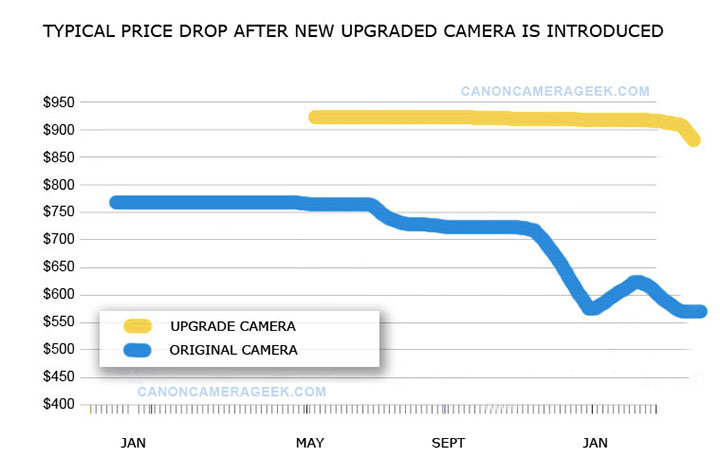 As I mentioned in a previous article on the CanonGeek website, one of the most important things to consider when looking for your next camera is overall size. Are you one of those photographers who purchased a full-sized DSLR camera but haven't used it on several occasions because you simply did not want to lug "that heavy camera" along with you?

Now that cell phone camera sensors, lenses and software have improved dramatically over the last two years, it's tempting to leave your regular camera at home and just use your cell phone camera for that occasional snapshot or video clip. 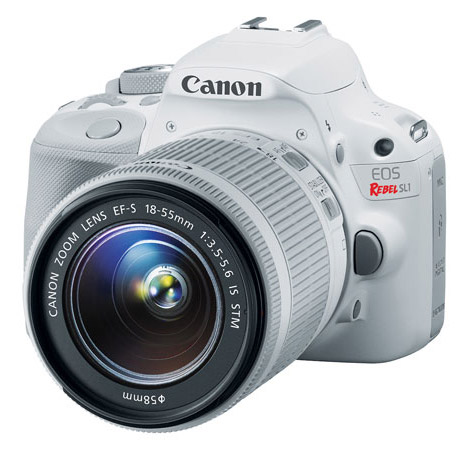 Cell phone cameras still don't measure up in terms of features and quality and there are still many times when you want DSLR quality, interchangeable lenses, and accessories.

The Canon EOS M is a smaller alternative, but I am not a big fan of this as a good choice. The Canon SL1 DSLR keeps all of the functions, quality and features of the Canon Rebel cameras and compacts them down into a smaller camera.

The "SL" in the Canon SL1 stands for Super Lightweight.  It only weighs 14 ounces, but still takes all of the EOS lenses.  Some photographers might NOT want to use one of the standard zoom lenses and go with a smaller prime lens to keep the overall camera-lens combination small.

Specs for canon's most recent Smallest DSLR, the sl3

Another consideration is a slightly different format known as premium compact cameras.  These were a good step over the point and shoot cameras.

I purchased a Canon g11 many years ago and it served me well when I wasn't shooting professionally but when I still wanted more than what a cell phone camera or point and shoot camera can give me.

I often used my g11 combined with a 270EX-II Speedlite because I can literally fit them both in separate pants pockets.  The g12 was only a mild improvement on the g11, but the g1x and g15 are really nice cameras.

I like this format because these cameras have built in, non-changeable lenses  AND hot shoes for using an external flash. Far better now is my G1X Mark II. Image quality is so much better and it's smaller than the smallest DSLR by far.

The DSLR vs mirrorless is one of the hottest topics you'll come across right now in the world of digital photography. That topic is covered nicely here, DSLR vs. Mirrorless.

The Canon "SL" cameras are the perfect small DSLR for beginners for several reasons. The BIG advantage of small DSLRs is the choice and price of lenses. It's easy to forget that there is a huge inventory of much cheaper new and used camera lenses for small DSLRs like the SL1, SL2, and SL3. 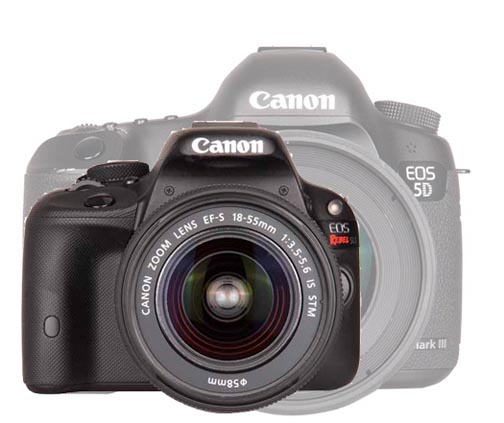