Are you looking for Canon DSLR Cameras Under 750?  This article will help you with your search for a good entry-level Canon DSLR for a reasonable price. Let's find you the Canon DSLR to buy.

The three entry-level cameras below are the updated suggestions for JC.  He already has 4 lenses to use on his new Canon and these recommendations and prices (at the time of this writing) are for Canon DSLR camera bodies.

Here are the snapshots, with more detailed summaries about the 3 cameras that made my list.

The Rebel t7 is a few years old now, but still has relevant technology. comes with its advanced sensor and processor.

The Canon t7i is a little out of our desired price range, but is worth considering if you go a little over budget. It's more robust than the Rebel t7.

This a really advanced camera and is priced under $750, if you don't include a lens. The Canon t8i is likely the last model in this line of Canon Rebels

Choose this Canon DSLR only if you are already equipped with a lens. Rebel t7 kits sells for less than $600.

This is right at the top of your spending threshold, but an interesting choice because it is a full-featured DSLR in a really small package.

Another way to stay below your $750 equipment budget is to consider going with a pre-owned camera in excellent condition. This gives you leftover money to invest in an extra lens or two.

I've experienced the best condition of the used gear with KEH, so much so, that I decided to join their affiliate program. Click the link to check out their prices.

I've also sold my used gear to KEH. It's a way to get rid of older cameras and have money for new ones and is a lot less of a hassle than listing it on eBay or Craigslist.

Check out these other cheaper DSLR options:

The Rebel 5ti is so much better than the standard t5. It is a bigger investment, but well worth it because of the differences in features. 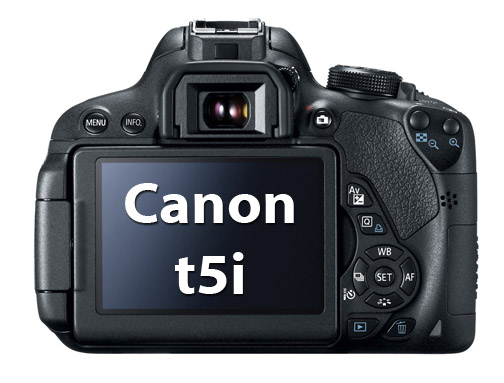 Canon DSLR For Much less than $750
but without the most advanced technology.

I did not include the Canon t5 in this article.  The LCD is not a touch screen and does not rotate. It does not have an external jack for sound recording, only shoots at 3 frames-per-second, and only has 1 cross-type of focusing point. 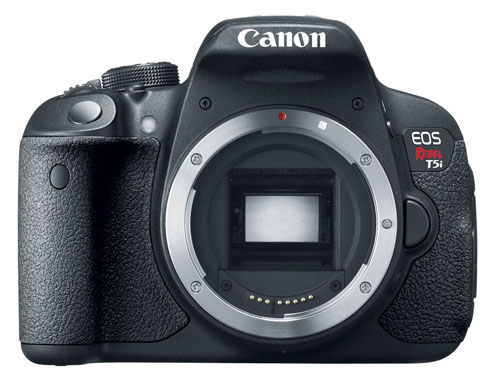 The Canon Rebel t5i is older technology
and sells for a lot less than 750 Dollars.

Conspirators will tell you that Canon and other manufacturers purposely hold back a few features from their entry-level DSLRs so that they don't cut into the sales of their pro DSLR cameras that cost thousands and thousands of dollars. 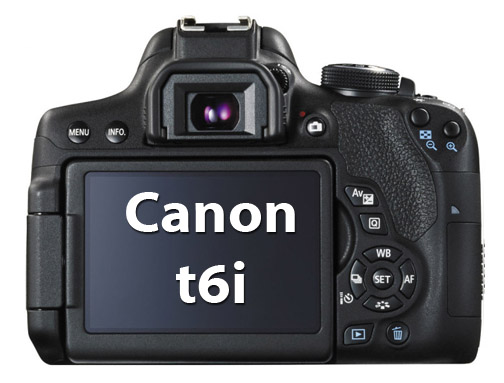 It should be hard to argue that point if you take a close look at the Canon t6 cameras. Both the t6i and t6s have the CMOS auto-focus III, which is almost as good as the dual-pixel technology found on the Canon  EOS 70D and the 7D Mark II. 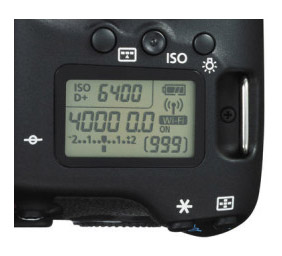 The 6ts, in particular performs and has a feature like it's expensive big brothers, the LCD information panel on top.  The specs are very impressive on both of these versions: 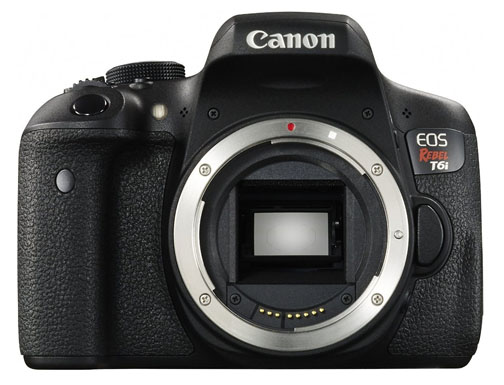 When it was released pre-order a new Canon t6i for about $750 Dollars. Now, is the time to get one if you want to save money by going with a pre-owned Rebel.

You get really sophisticated DSLRs with both the Canon 6ti and 6ts cameras.  Here is a video from dpreview that illustrates the differences between these two entry-level DSLRs.

Click the t6i-t6s video to start or stop it. 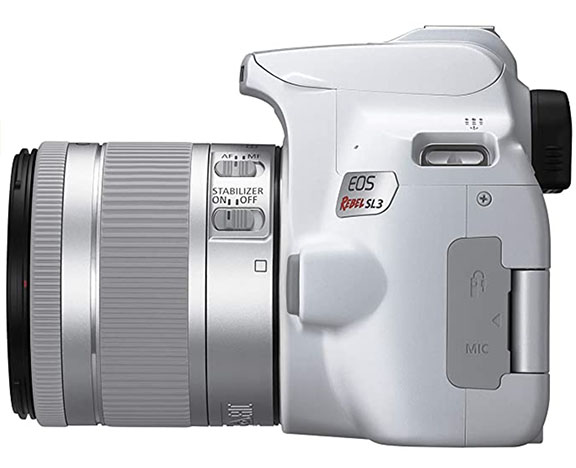 At the time of its release in March of 2013, the SL1 was the world's smallest digital SLR camera on the market. It is significantly smaller and lighter than the Canon t5i. Now the SL3, released in 2019, has the advantage of having 6 years of additional technology.

The Canon SL1 won a "GOLD" award from one of the granddaddies of all camera review sites, www.dpreview.com, and the SL3 has several major improvements over the SL1: 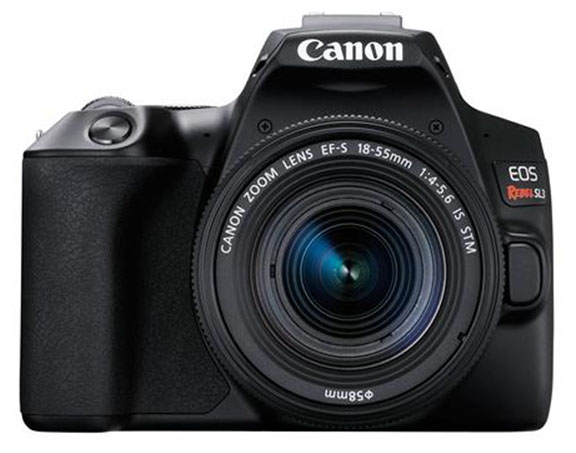 The SL3 uses the 2nd version of the Hybrid AF focusing system and covers a large majority of the frame. It has continuous auto-focusing and subject tracking in movie mode. That means sharper, quicker focusing for you. 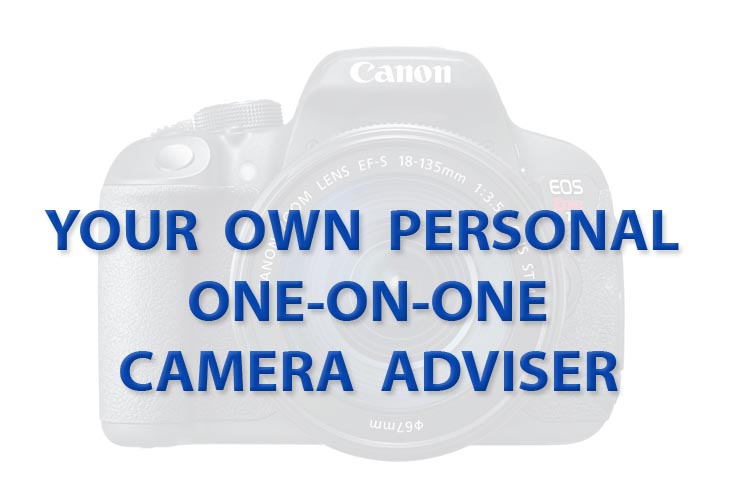 The One-on-One Canon camera adviser gives you personalized choices, from me-not a a computer generated chart.

Based on YOUR answers, you get suggestions that work in YOUR situation

The suggestions are based on the overall cost, size, shooting style and desired features that are most important to YOU. The three suggestions below are tailored to the way one of the Canon Geek subscribers, JC, answered his questions.

You can get your own personalized results by answering a few questions about YOUR situation.

Where to Buy Canon DSLR Under 750 Dollars

You've got plenty of options-that's for sure. I can't give you the one best place to buy your next camera. Prices do fluctuate and we all have different shopping preferences too.

I've change my camera buying sources over the years, mostly because of the societal changes that have come along with the explosion of the Internet and online shopping.

I've narrowed my choices down to 3 on-line options.

A few searches to refine exactly what you want and you can find practically anything at the world's biggest auction site.

Adorama specializes in cameras and accessories. Their prices are very competitive.  They offer some nice money-saving bundles too.

I now buy a lot of household items as well as most of my camera equipment from Amazon, because it's so darn convenient.  Prices are good. Returning items is easy and shipping is fast.

Where NOT to Buy Your Next Canon DSLR

Go To All Popular Canon Cameras 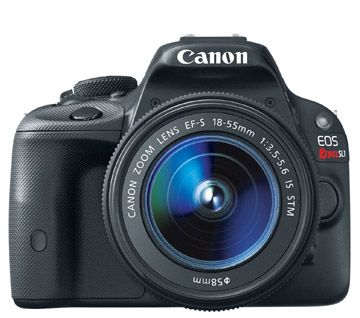 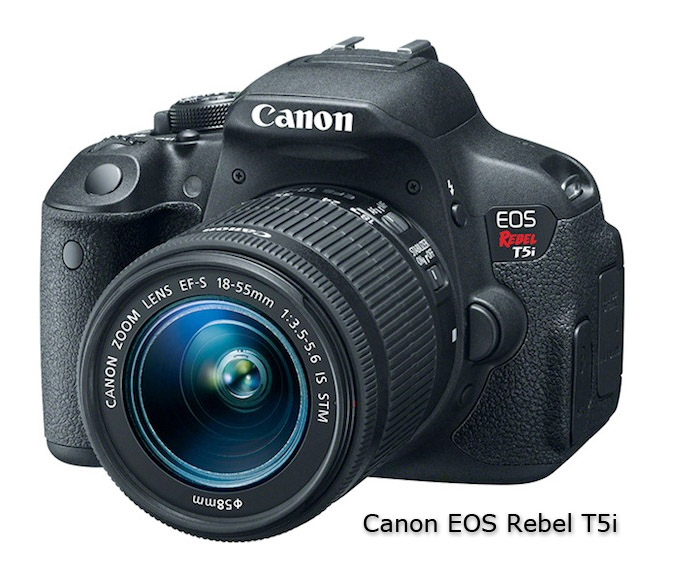