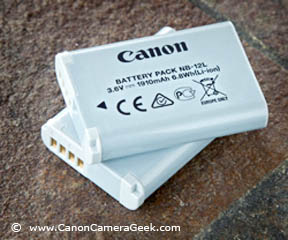 The official Canon G1x Mark II Battery is the NB-12L, a 3.6 volt, 1910 mh power source that has come under some criticism, and with good reason. It doesn't last a real long time!

Canon wanted to keep the G1x Mark II small, similar to the traditional, fit-in-the-pocket design of the common point and shoot camera.

They included a really big sensor in the Mark II and all its required space-eating circuitry and accompanying lens. That puts severe pressure for the engineers to save space inside the camera any way they could. The result is a smaller battery with less capacity.

The Canon NB-12L battery for the G1x Mark II weighs about as much as a 60-watt light bulb. It's smaller than a standard box of matches. 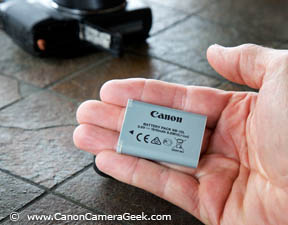 It's a small battery

When I bought my new G1x Mark II, I ordered a second NB-12L battery.

I read all the reviews. I looked at the battery specs. I knew that the G1x Mark II wouldn't win an award for power capacity, so I wanted to always have a backup battery. Surprisingly, I bought a genuine Canon battery, instead of a more affordable alternative.

I'm not going to shoot any paid commercial jobs with the G1x Mark II, but I take it on a backpacking trips and extended hikes, away from electricity and the ability to recharge a battery.

Here are a few images of the NB-12L battery for the G1X Mar II camera. 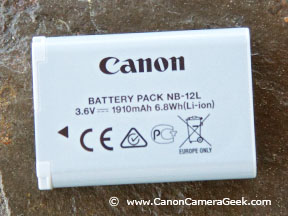 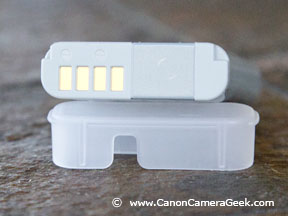 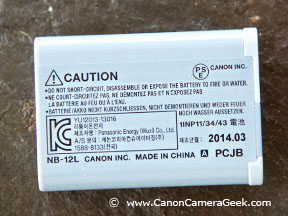 I decided I wasn't going to let a wimpy battery get in the way of having fun with a new camera, but I think it's going to be something that Canon will definitely look at in future versions of this camera.

A spare battery is one of those absolute must-have camera accessories that should be a priority with every digital camera you own.

If you need to do a photo shoot that lasts all day, you need to have spare batteries or get a different camera.  This camera isn't perfect, but  I have never been introduced to a perfect camera yet.

I still really wanted the G1x Mark II because of its sensor size and it's lens re-design over the original G1x. 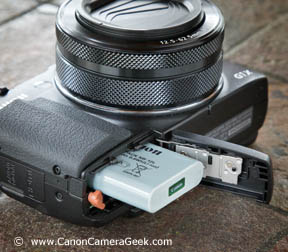 The batteries really are quite small.  They are easily loaded into the camera from the bottom and will only go fully inward by facing them the right way.

The SD memory cards are conveniently accessed through the same drop door.  It's only a hassle if you have your Mark II mounted on a tripod or flash bracket. 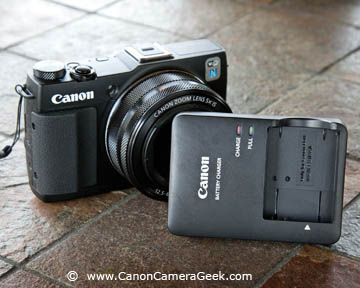 The CB-2LG battery charger is smaller than a deck of playing cards. It plugs directly into an AC outlet without a power cord and has the folding prongs for compact storage,  It charges an empty NB-12L battery in about 3 hours.

Here is a size comparison between the G1x Mark II battery and the battery of the Canon G11 camera.  The outside dimensions of these two cameras are somewhat similar.  The G11 battery is about twice the size of the G1x's battery.

The size of the sensors and the lenses are the two big external differences between the two cameras. 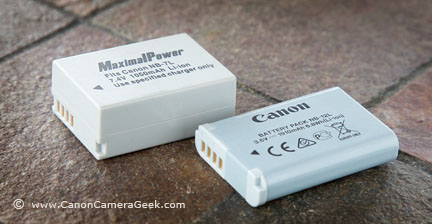 You can see in the photo above how much bigger the G11 battery is compared to the Canon G1X Mark II Battery. Here is a size comparison of the G1X Mark II vs. G11 Cameras.

Up until I purchased the Mark II, I used my Canon G11 as my point and shoot camera and I can tell you the G11's NB-7L batteries lasted a long, long time.

You can still buy original Canon NB-12L batteries or there are several alternative batteries that will save you money and work fine as a replacement battery for your G1x Mark II camera.

Have a blast. Shoot your Canon! 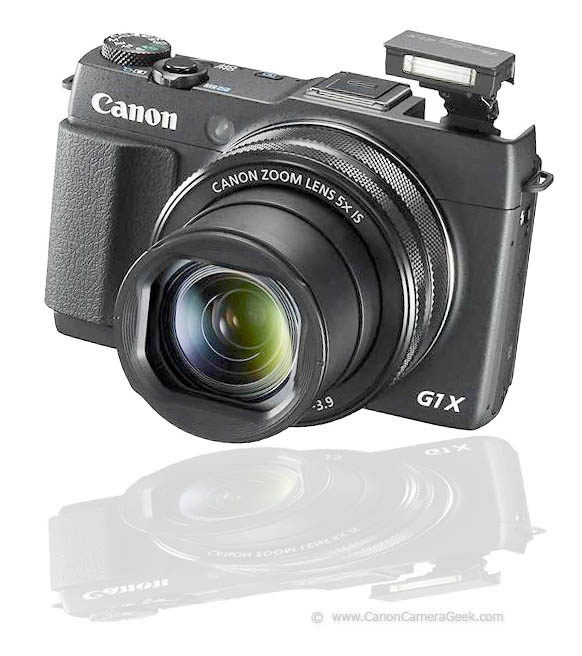