There was quite a bit of internet chatter with the Canon T3i vs 60D comparison. It has since died down now that these two very successful Canon DSLRs are "older" now.

Which one is the best Canon camera for you?  It is very easy to get caught up in the technical numbers and forget to remember your own practical needs and wants. The truth is that you can can get either one of them at a bargain basement price.

You may want to look at the more practical differences   The mode dial on the 60D has a lock button, requiring you to push it down to change the mode.  This prevents accidental changing of the mode.  I like this function.

It is the same addition that was made to the Canon 5D Mark III from the original Canon 5D.

The Canon Rebel cameras do not have the LCD on the top of the camera.  That is a big practical difference for me personally.  With the T3i, you need to go into the menu via the LCD screen on the back of the camera.  The 60D allows you to click a button and spin the dial.

Most people prefer using the LCD screen for most of their camera function controls. I am more of a buttons and dials kind of photographer.

If you never use your camera for more than an hour a day, the battery difference is truly irrelevant.

The Canon T3i has a real cool function called Video Snapshot where you can record video in 2,4 or 8 second video clips.  This eliminates the need of learning any complicated video editing software. You simply add them to an album and stitch them together.  Cool stuff!

The  buttons on the 60D are just like the other Canon camera pro bodies and the T3i buttons are similar to the other Rebel cameras. 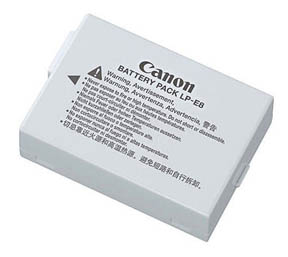 The Canon EOS 60D is probably the better camera, but that really doesn't mean it's the right choice for the entry level photographer.

I read one opinion that the functionality of the Canon EOS 60D was intentionally limited so that it wouldn't compete with the 7D.  I am not so sure about that one. The T3i and the 60D both have the same 18 megapixel sensor and both cameras will give you very high quality images in a lightweight, east-us-hold camera design.

Just like owners of Nikon cameras and owners of Canon cameras like to banter back and forth about Canon vs. Nikon, the T3i vs 60D battle can be a lot of fun too.

Just remember to enjoy your photography no matter what digital camera you invest in. Technology should serve us and make our lives enjoyable. Advancements in digital photography are coming at us at a remarkable pace.

You can find the specifications and more insights about the Canon EOS 60D in pages 294-296 of the Canon 60D manual.

You can find the specifications and more insights about the Canon Rebel T3i in pages 288-294 of the Canon T3i manual.

Another fun topic for Canon Camera reviewers is the debate  surrounding the epic battle of the Canon 50D vs 60D.