What does the Canon 60D Body look like? This post has detailed and closeup photos of the Canon EOS 60D camera. See a list of more posted articles on the Canon 60D here. 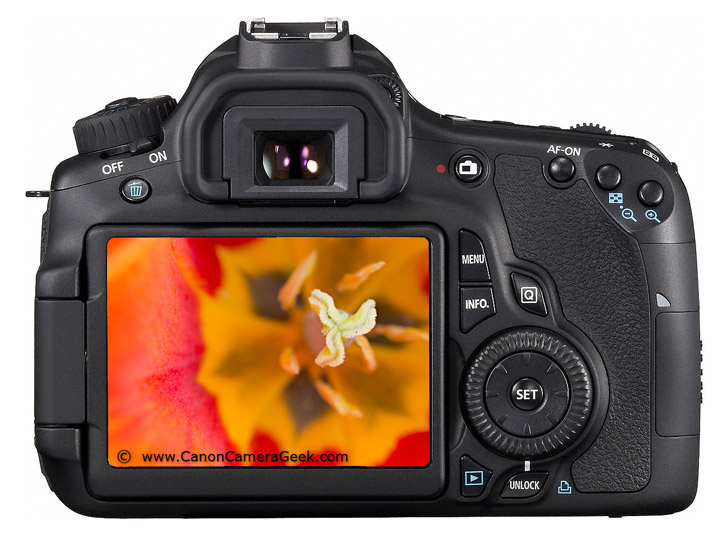 The EOS 60D is smaller than the 7D and almost the same exact size as the 50D.  It's larger than the Canon Rebel T3i as I covered in the Canon T3i vs 60D article.

The 60D was Canon's move away from being categorized as a semi-professional camera, like the Canon 50D.  It gained widespread popularity because it's a little more consumer friendly and mainstream.  The addition of HD Video makes it a much more desirable camera than the relatively unsuccessful Canon 50D.

Below is a photo of the LCD panel on the top of the 60D. Top LCD panels are one of the must have features I look for when I'm considering the purchase of a camera like the 60D. 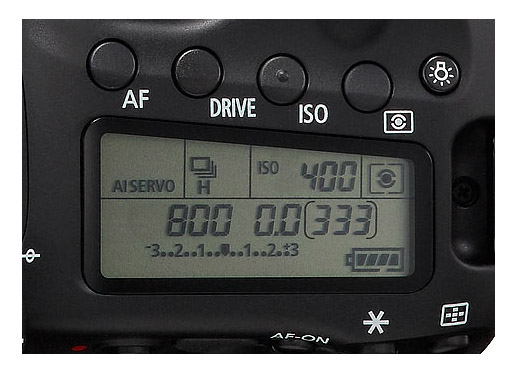 The top LCD is a good size and loaded with the necessary shooting information in a very convenient place.

Below is the settings dial which is located on the top of the 60D , to the left of the prism. It sticks up plenty enough to make it easy to adjust to any of the 60D camera settings. 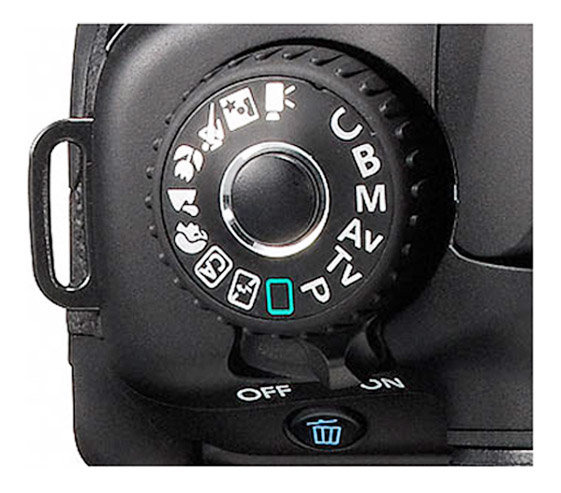 I like the locking feature on the mode dial.  It does add an extra step to the changing of camera modes, but it's simple to do and the safety feature prevents an accidental change in modes.

Below is an upclose image of the grip on the Canon EOS 60D. You can see how substantial the size of the grip is. 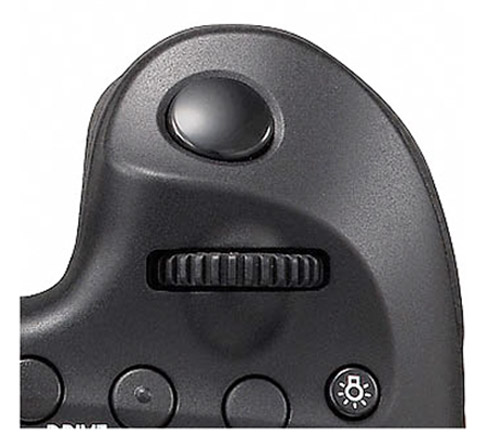 This top view of the grip shows there is plenty to grab on to and also shows the main dial is in a perfect location to adjust with your pointer finger.

Next is a closeup photo of the 9 focusing points inside the optical viewfinder. 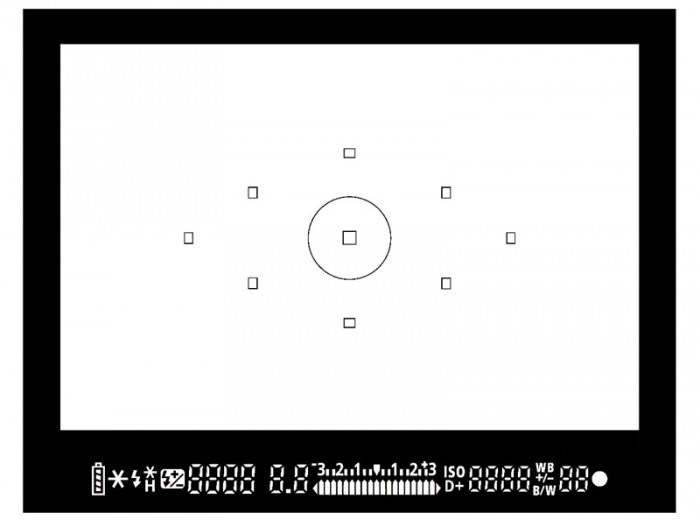 Inside the body of the 60D is the focusing screen

This photo of the Canon 60D focusing screen shows the 9 cross-type focusing points, as well as the camera settings at the bottom of the viewfinder.

The photo of the back of the 60D camera body on the right side shows the menu and info buttons are positioned for thumb contact without letting go of the camera.

You can see the labeled "MENU" and "INFO" buttons to the left of the "Q" quick control button.  The live view/movie shooting button is next to the red dot.  The "AF-On" is the auto-focus on button to the left of the AF Lock/ AE lock button which also serves as the index/reduce button.

The button with the plus (+) sign AF point selection/magnify button.  All of these control buttons on the Canon 60D  are within easy reach of a normally functioning thumb.

The setting (SET) button is in the middle of the Multi-controller and quick control dials.  The Quick Controller Dial Lock-Release button is directly below the dial and the play button (->) is to the left of that.

Next is a close-up photo of the battery compartment door on the EOS 60D. 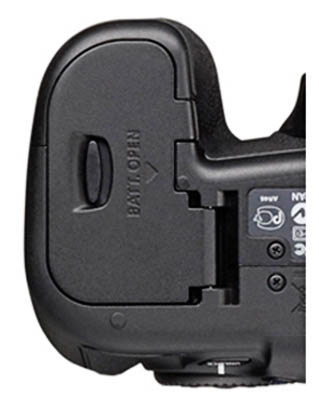 The Canon EOS 60D battery opens easily for quick change of the Canon Battery and can be removed if using a Canon BG-E9 battery grip.

If you are like many other DSLR shooters you like to photograph people.  If so, you may be interested in the best Canon portrait lens for your 60D.

Accessories for the 60D