How to choose the best Canon Speedlites. You're a beginner photographer or an enthusiast looking to taking better flash photos than what you get with the built-in, pop-up on your Canon camera.

The choice on which to choose just got a little tougher. Gone are the days when you only had three choices, the Good, the Better, and the Best. Now there are almost a dozen Canon Speedlites to choose from.

We take a good look at each of the Canon Speedlites in detail, but here are the top 3 from the entire lineup as of January 2021.

Here are the other contenders for the top Canon flash for you. Whether you call them flashguns, strobes, speedlights, or use Canon's name of Speedlites, these lighting gadgets will improve your photography. 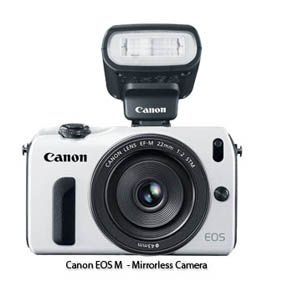 Enter a new Speedlite to the mix, The Canon 90EX.

Canon designed the 90EX specifically for the EOS M.  It's made specifically to be a good size to feel balanced on top of a Canon mirrorless camera for a camera of this size.

It is compatible with the other Canon shoe mount cameras. Power is is simple too, just two AAA batteries.

It's biggest drawbacks are its power and the limited range to use it as a transmitter to fire other flash. It's range for working with other flash units is 16 ft. indoors and up to 23 ft. outdoors. 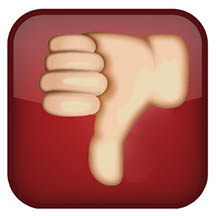 Although some would consider this the best Canon Speedlite to start with because of its size and price, I can't recommend it for two reasons.

The size of the batteries are great for keeping the 90EX Speedlite compact, but they aren't powerful enough to recycle the batteries  fast enough. You have to wait for 6 seconds. That's simply too dang long in my book.

Secondly, the power output (Guide # 30 (feet) is simply too wimpy. The 90EX does not put out enough light. 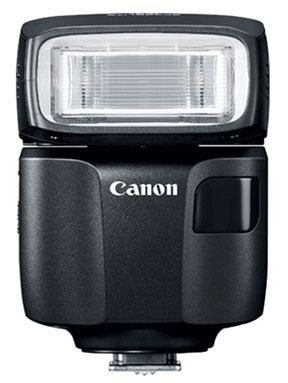 One of the newer Canon Speedlites to be born into the world of photography is the Speedlite EL-100. Canon realized it had to offer smaller flashguns to go along with smaller mirrorless camera bodies.

This is an unexpected boon for Canon DSLR shooters like me. We like small flashes too as long as they're capable.

The EL-100 is only marginally bigger and heavier than the well-known 270EX II. I already have two 270EX II flash units, otherwise this would easily be my choice as the compact Speedlite to own. I still might sell my two 270EX II flashes and buy one anyway.

The Speedlite EL-100 can tilt and swivel, yet is still compact in size.

Unlike the 270EX II, the EL-100 can pivot and swivel. You can aim the head to bounce light off ceilings and walls to give you that softer flattering light of a larger light source. That's a big advantage over the 270EX II. 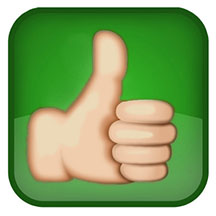 The Speedlite EL-100 gets a thumbs up vote from me because of its compact size and its tilt and swivel capabilities.

The Speedlite EL-100 also runs on just 2 AA batteries, so it's only drawback is a slow recycle time. One way to combat this, of course, is to use a higher ISO setting on your camera. This will lower the required flash power and shorten the time to be able to take the next flash photo. 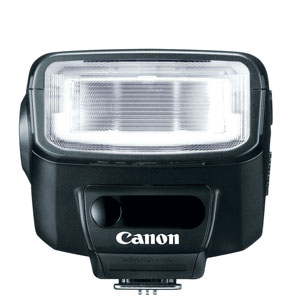 This would be a good flash choice for you if you have one of the smaller Canon cameras, like the G-series of cameras, the G7X Mark II, the G5X, or the G1X Mark III.

The 270EX II is actually my favorite "everyday" flash for my Canon 5D Mark III and my Canon G1X Mark II for shooting snapshots around the house and for my own family events."

It's so convenient, easy to carry and has plenty enough firepower for snapshots. It has a 3-position vertical bounce and a two position zoom which adds a bit to its appeal.

Before I updated this post for 2021, I recommended the 270EX II as a good Speedlite for beginning Canon shooters. Although the 270EX II has now been discontinued, I'd still advise you that its' a good flash to get if you're looking to buy a used Speedlite.

It has two drawbacks. The lack of a rotating head means the 270EX II light will be coming from the side of your camera if you shoot vertically. That may give you distracting side shadows behind your subject.

Secondly, there is no focus-assisting beam to help you attain focus if you're shooting in dark scenes. I still recommend the 270EX II as a good Speedlite for you if you have a small camera an you want to keep things real simple. 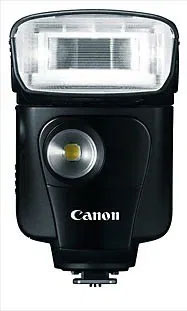 Perhaps a little gimmicky to some, the 320EX is Canon's first Speedlite that has both a white LED light for video and flash for shooting regular photos.

This Speedlite is not great at providing light for both digital stills and video, but it can do both. That makes it rather unique, but also limited to a certain extent.

It does have a manual zoom so you can set it to match with the zoom setting your lens is set to.

With 4 AA batteries as its power source, the 320EX has a very fast recycling performance so you can shoot flash photographs in a nice fast sequence.

I don't recommend this Speedlite unless you're shooting both video and still photographs, mostly at a close distance.

Fortunately, it does earn a few points because it has vertical and horizontal bounce capacity. If you want to only use it for closer video subjects and not too distant photography subjects, this flash might appeal to you. 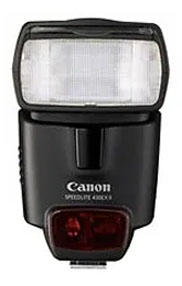 I call this the "Middle of the Road" Canon Flash and it's the one I generally recommend the most for beginners in the world of external flashes for their Canon DSLR cameras.

It's a solid compromise in price, size, power and features. Although it has capabilities that may exceed the needs of newbie photographers initially, it gives the amateur photographer something they can grow into.

Rather than buy one of the smaller, less versatile Canon Speedlites and outgrow it quickly, the Speedlite 430EX II can handle all situations, albeit with a little less power than the 580EX II and the 600EX-RT

This flash is more affordable than the 580EX II or 600EX-RT and more powerful and versatile than the 270EX II and 90EX. The Speedlite 430EX II can tilt vertically and rotate horizontally.

Canon upgraded their original 430EX II and now has the 430EX III-RT. The "RT" is the superior, Radio Transmission method of communication between flashes. I still recommend the 430EX II over the newer 430EX III-RT because of the big price advantage of the 430EX II (more than $100 cheaper).

The 430EX III-RT can be used as a master or a slave, but beginning photographers (and me) rarely dive into the more complicated setups that require using two or more Speedlites.

The only downside to buying one of these is that they are now in limited supply since Canon has replaced them with the 430EX III-RT. You can still get one at Amazon.

The Canon Speedlite 580EX II and its replacement 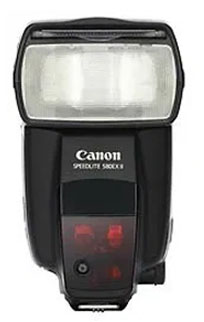 The Speedlite 580EX II and its replacement (See 600EX-RT) are more than you need unless you are in need of serious power output or want to dive into using multiple Speedlite setups.

The 580EX II was very popular with photo enthusiasts and professional photographers who wanted to use a high end professional flash and need to shoot a lot of small aperture or distant subjects using flash.

At one time the 580EX II was definitely considered by professional photographers as one of the premium Canon Speedlites to have.

The 580EX II was the 2nd generation of the original 580EX (1) which was what I still use to shoot weddings and other events along with my 600EX-RT.

The 580EX has all the features a pro Canon shooter needs:

I don't recommend getting a new 580EX II. If you need that much power, the 600EX-RT is a much better choice. The 580EX II is outdated now and Canon has more modern choices for the best Speedlite for newbie and hobbyist photographers.

The Speedlite 600EX-RT was the first Canon flash to switch to a RT (Radio Transmitter) system from an optical transmitter. Since this post was first published, Canon has wised up and has expanded on their choices for radio transmission flashguns. 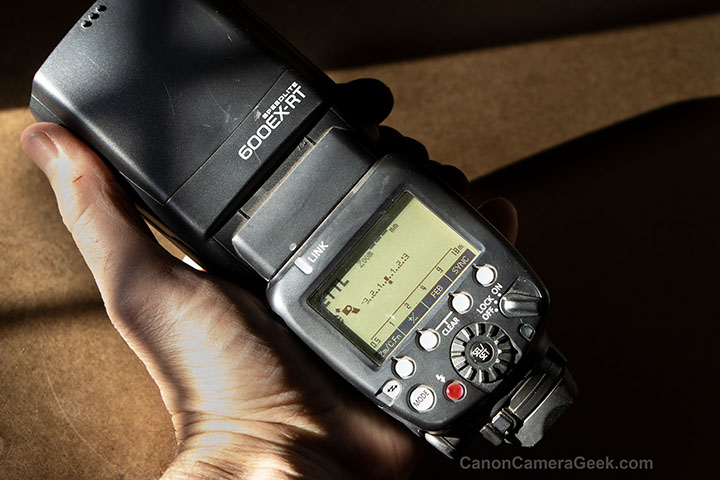 The most expensive, biggest, and powerful Speedlite, it's really the replacement for the 580EX II.  I only recommend the Canon 600EX-RT to you if you're a pro photographers or you'll need to have the absolute most powerful flash that Canon makes at some point in the future.

It can still be used with IR flashes. One of the nice features is that the 600EX-RT hash built-in overheating protection when working it hard. Cheaper flash guns can become damaged from overheating issues when shooting rapid sequences of flashes at higher power settings.

Like the 580EX II, the 600EX-RT can be powered by 4 AA batteries, but also through a port on the side of the flash unit. Powering the 600EX-RT by plugging in an external battery is a must have if you're shooting a long event or need a super fast flash recycling pace between flash photos.

I recommend the 600EX-RT for the Canon shooter who has aspirations of becoming a paid for photographer at some level in the future.

Click on any of the links below to get a more detailed review and my personal opinion on your search for the best flash to use.

What ever Speedlite you decide on, it is one of the most valuable Canon Rebel accessories you can buy.  Good lighting is paramount for good photography.  Those wimpy built in flashes do a lousy job in almost all situations.

I hope this article was helpful. Use the search box below to search any topic on Canon Geek, or use one of the related links below my signature. Have a blast. Shoot a Canon!