what is the Canon Cloud

Canon Cloud was Canon's attempt to compete with all of the other online, cloud-based photo storage systems. It was a mistake to try to compete with the big boys, like Google, Apple, Dropbox, Fickr, and Amazon.

It was called IRISTA and it came with 10 Gigabytes of free storage. Canon Cloud was launched in 2014 after beta testing was done in Europe, but it was doomed from the start.

The update on the Canon Cloud Photo storage system as of January 31, 2020. It's shutting down. 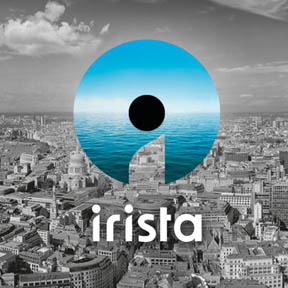 the ORIGINAL announcement of the canon cloud:

The new Canon Cloud, Irista has arrived!  Give me a drum roll please.  Camera manufacturers are trying to get in on all the fun and Canon has upped its efforts too.

This is not a brand new effort by Canon, but rather a revamped intention from a test project that was originally name Project 1709.

The new cloud-based storage system is reportedly built for photographers b photographers. For me, the big noticeable feature is the ability to store RAW files.

I currently shoot everything Raw (and usually jpg at the same time) because I really like the ability to process some of the images in several different ways.  Memory is so cheap that full memory cards are not an issue with me. 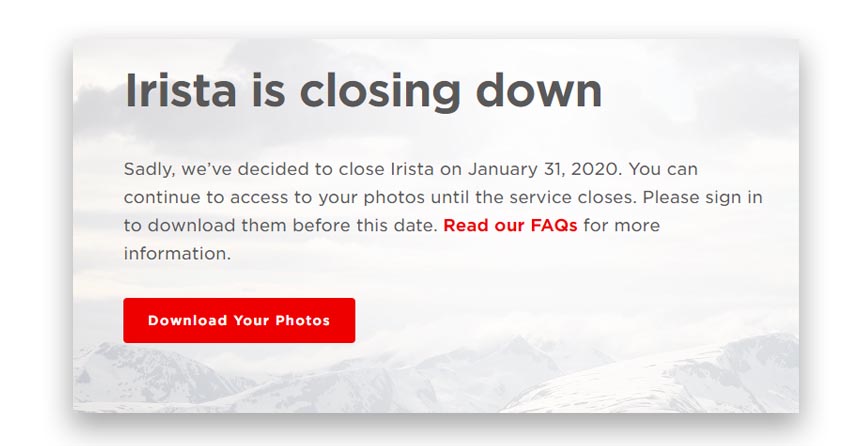 The Irista service gave photographers a way to save, organize and share photos similar to the icloud, Google Drive, and Dropbox systems.  The Irista system allowed for easy importing and sharing to social networking sites like FaceBook and Flickr.

There is no file size limitation and it accepted the major RAW file format for Nikon, Panasonic, Olympus, as well as Canon. It had a very simple user interface which was one of its most appealing features, but it still didn't fill a market need enough to justify keeping it around. 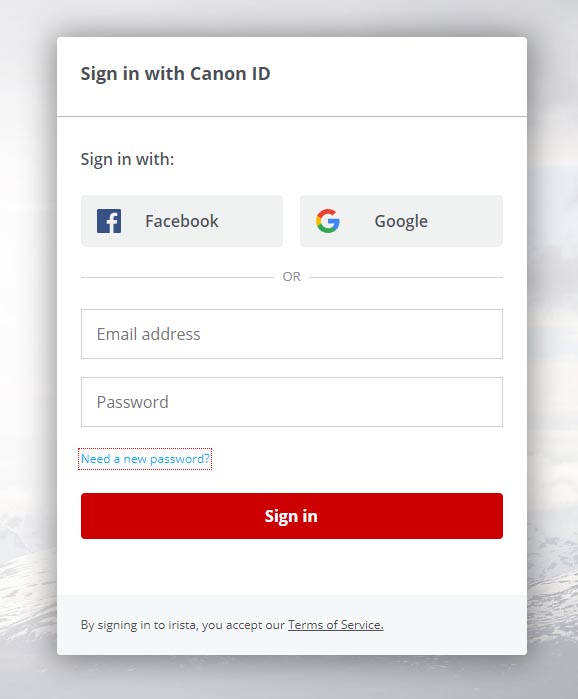 Rather than repeat what's in the post, I'm sharing an article on better alternatives to the defunct Canon Cloud. This post comes from a sister publication to Canon Camera Geek and gives you some better option on how to back-up your photos safely.

Right now, you get 10 gigabytes of storage for free with a few levels of pay options currently available and likely changes as the system develops.

It wasn't be the cheapest cloud service for sure, but I think Canon is intending the service to be specifically for pro and advanced photographers looking to store very large files.

I haven't officially tested the service yet but am looking for a new system for my travel photography excursions.

Here is the link to the Irista web site.

Have fun Shooting your Canon!