What's The Canon 90D Good For.
(Is it a professional camera) 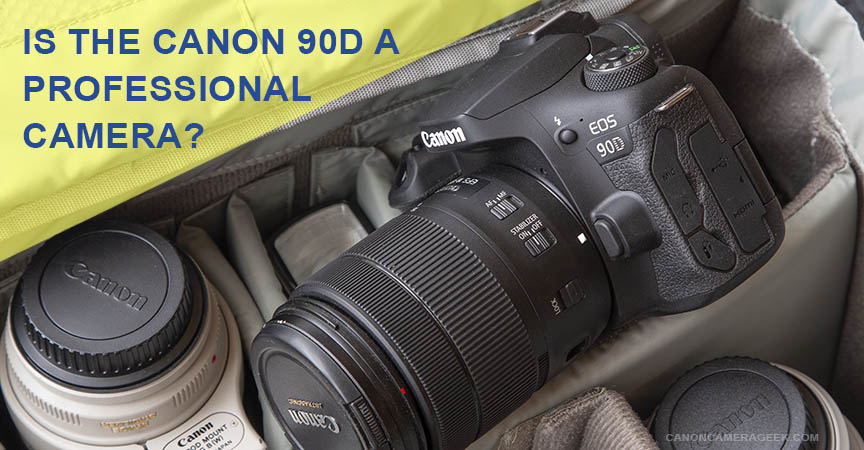 This review of the Canon 90D is an in depth look at a very capable camera with a respectable price tag. As the Canon Geek, I don't blindly support everything Canon does, but Canon nailed it with the EOS 90D.

Many review sites will say the 90D isn't a professional camera because its crop format. Here's what I say.

The Canon 90D shoots outstanding quality images, has capabilities with speed, autofocus, and video that rivals mirrorless and makes its APS-C sized camera body an asset, not a liability. The 32.5 megapixel CMOS sensor, combined with the Digic 8 processor will give you pro-level quality images that are sellable in the professional marketplace.

It's a versatile camera and we'll start by taking a quick look at what kind of photography the Canon 90D is good for taking.

The Canon 90D works well for wildlife photography for 3 reasons. Although pro wildlife shooters often prefer the ultimate quality of a full frame camera, the APS-C sized 90D is a much more affordable option. Here are three reasons why it's a good camera for capturing all those critters in the great outdoors. 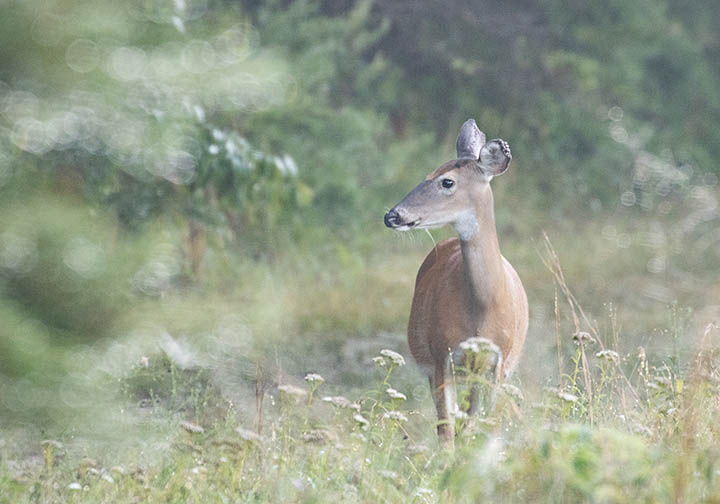 A. FOCUSING. It's fast and versatile. The dual pixel focusing was introduced with the 70D, expanded with the 80D and now is even better with the 90D. You need fast accurate focusing when shooting wildlife. You can choose from a tiny spot to a small multi-spot area to just a general area of focusing, depending on the situation you're in and be sure to get a sharply focused subject.

B. RESOLUTION. If your wildlife subject is far in the distance, the 32.5 megapixel sensor provides more than enough detailed information to be able to crop much tighter post capture and still maintain great image quality.

C. CONTINUOUS SHOOTING. Whether you're photographing still wildlife or critters on the move, 10 frames per second is a remarkably fast frame rate to have on an APS-C sensor camera in this price range.

The Canon 90D is good for taking everyday snapshots of family events. It focuses fast in dimly lit situations, or you can use the convenient built-in pop up flash, so you won't miss those special moments that happen quickly. 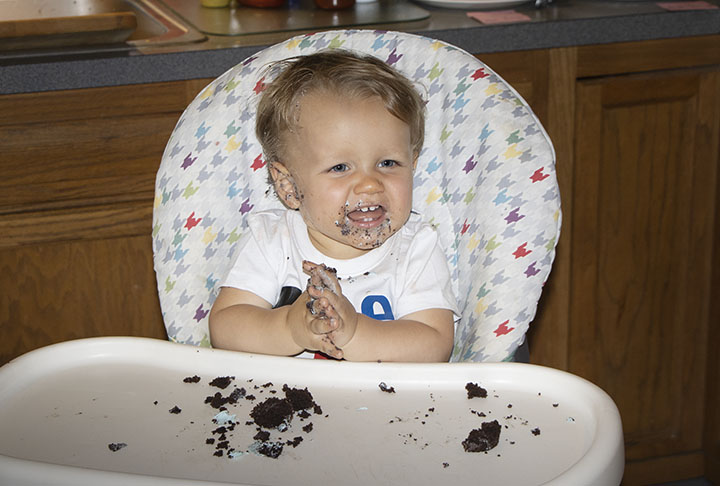 90D snapshot with pop up flash

I have a history of criticizing tiny light sources that produce harsh shadows, but the built-in flash, specifically when you shoot horizontal orientation, does a fine job with snapshot photography.

My initial impressions of the colors produced by the processor were typical Canon colors when set to average white balance (AWB) and were right on the money.

Paired with the right lens, your 90D has plenty of resolution to capture fine detail with macro and general close up photography. 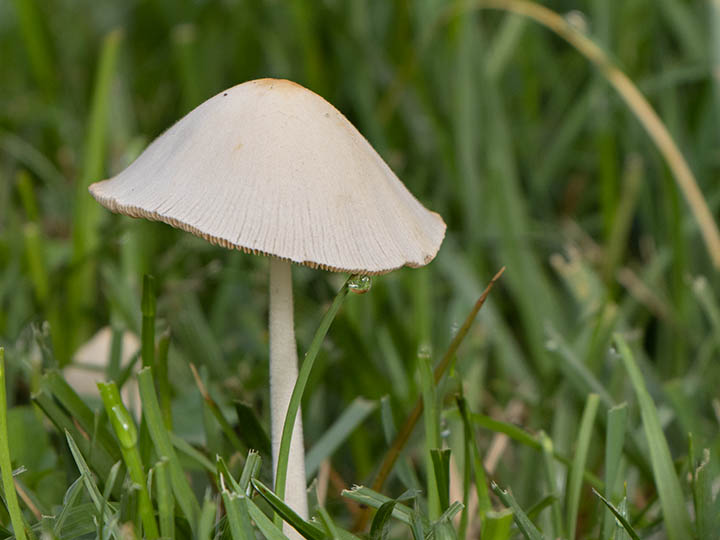 This photo was taken at ISO 400, f/9.0 at 1/200 second. There is plenty of resolution with the 90D that allows you to get fine detail, even on a significantly cropped photo. Taken with a 18-135mm Kit lens and not a dedicated macro lens.

Having a sensor with so many pixels like the 90D gives you the ability to crop your photo afterwards and not worry about losing too much image quality. 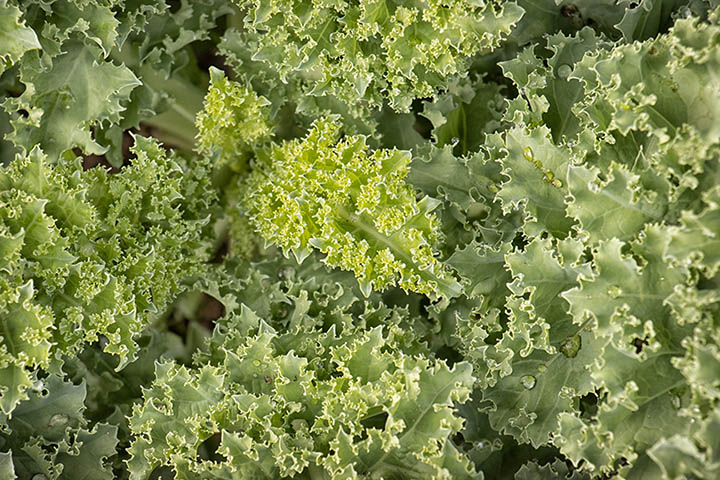 The Canon 90D is versatile for a wide variety of photos. That includes everyday subjects around your home, even photographing the intricate leaf pattern of kale in your vegetable garden.

4. The Canon 90D and portrait photography 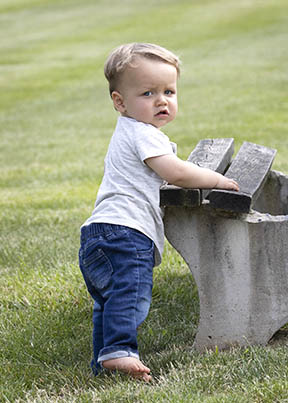 Is the Canon 90D good for video? It's one of the first things I tested when I got this camera. The slow motion video was what intrigued me initially so that's where I did my first official test. It's not a polished video-I'm a newbie when it comes to shooting video-but you'll get a good idea on what the 120 frames per second effect looks like. It's cool to watch.

Here are the three biggest takeaways I came away with after testing the 120 fps recording mode.

FOCUS TRACKING. I thought the focus tracking on the 70D was good. On the 90D it's even better.

RESOLUTION. It's great to finally have an affordable camera that shoots 4k without cropping.

SLOW MOTION. One of the best side benefits to shooting slow motion is that any uneven or jerky camera movements are automatically reduced along with the speed of the action when you watch the video at regular speed. 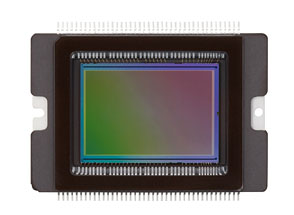 I'd be remiss if I ignored the weaknesses of the Canon 90D. Here are 2 shortcomings that are worth mentioning.

PIXEL SIZE. What's the biggest weakness with the Canon 90D? It's really not just the 90D, but rather any crop camera that has that many pixels squeezed onto its sensor. Noise. The individual pixels are made so small in order to fit only the 90D APS-C sensor. They are tiny at only 3.2 μm.

Tiny pixels can't compete with the light collecting ability of the larger pixels that are used on a full frame digital camera like the 30.2 megapixel 5D Mark IV. The 5.36 μm pixels are about 67% larger. Digital noise is more observable at higher ISO settings with the Canon 90D than you'd see with a full frame camera with the same number of pixels.

There's good news that come along with that. Because there are so many pixels on the 90D sensor, the noise that is present is very fine. You'll only notice it when you pixel peep at 100% magnification.

BACKUP MEMORY. The second weakness of the 90D for some is the lack of a 2nd memory card slot. Professional photographers like the security of knowing they can save an image to two cards at once. For most photographers, recording to a second memory card is a luxury they simply don't want.

Now, perhaps it's that I live digitally dangerously, but in the 20 years I've been shooting digitally I've never used the 2nd card in my 5D  or 5D Mark III to write to as a backup during a photo shoot, weddings included. 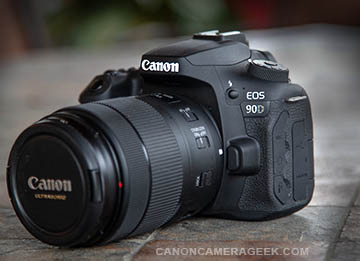 So far so good. The purchase of my personal 90D was the result of a lot of pondering, investigating, and indecision.

I've been shooting all of my "professional jobs" with my 5d Mark III for many years with great results. It was hard for me to justify spending the money on a camera during the economic devastation for the Covid 19 pandemic.

I'll be adding content and more photos and videos on the Canon 90D as my experiences with it grow. My overall impression with the 90D is very positive. The technology built into it (and other recent Canon releases) is remarkable. It's such a great time to be interested in digital photography, whether you're a shooting pro, a photo enthusiast, or a newbie DSLR shooter.

I hope this review has been helpful to you. Please explore other related topics on my site or use the google search box below to find information on a specific topic related to Canon gear.

I just stumbled across this video from the USA Canon website. It's got some cool demos of how the focusing works.