(Although Canon still gets bragging rights!)

Updated for 2020, this jab at the Canon vs. Nikon argument shows that Canon comes through again with the winning photographs, this time from the 2019 World Photo Contest. 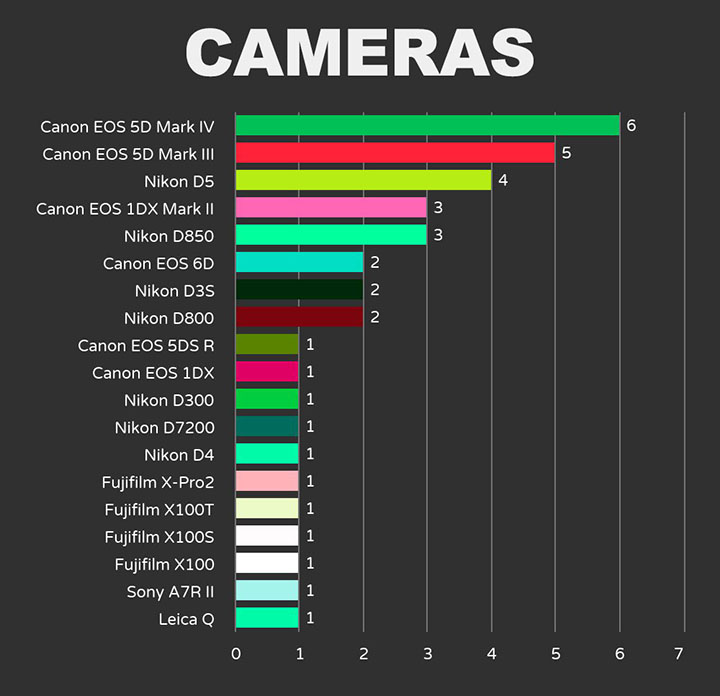 We have a bona fide Canon vs Nikon winner!

Canon camera fans, you can put a feather in your hat. Canon beat Nikon. In the well-known "World Photo Contest" for 2014, Canon was the reported camera used by the majority of photographers whose images made it to the list of winning photographs.

As reported at petapixel, 23 of the 38 photos were taken with Canon cameras. There were 45 total winners with 7 of the winners not reporting what camera was used in the World Photo Contest.

The statistics are quite impressive. Over 90,000 photos were submitted by over 5,000 photographers who shoot photojournalism, documentary photography, and press in 31 different countries. 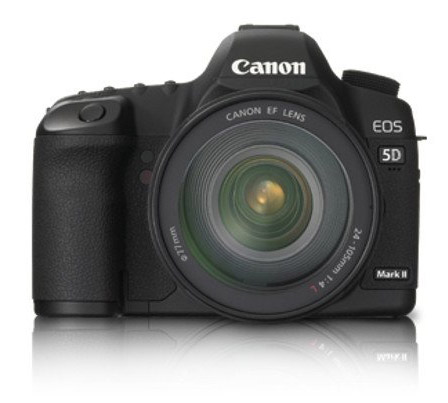 Here is the breakdown of Canon cameras used in the winning photos:

The graphic below was made by Spanish web site  www.quesabesde.com.  The size of the blocks below correspond to the number of winners who used a specific camera. The red areas are Canon. The gold areas are Nikon. You can see that Nikon cameras took 7 of the winning photos. Canon had 23 winners. 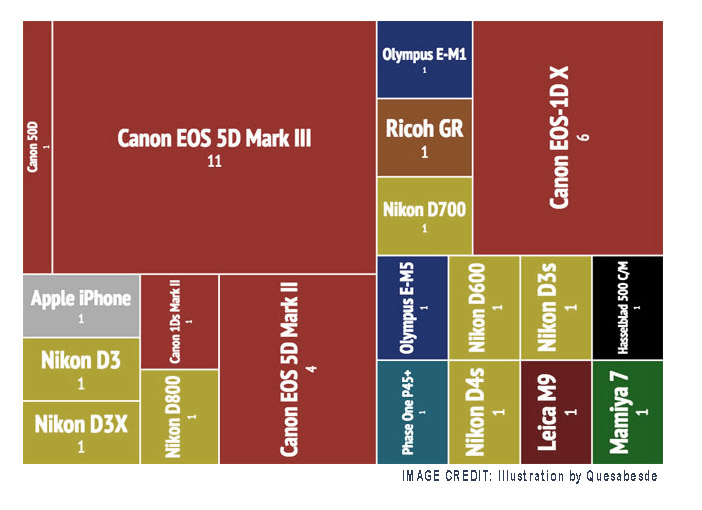 So Canon fans, share this page with all of your Canon-shooting friends. Hold your head high with pride that your favorite brand of camera produced more award-winning photos than all other camera brands combined.

Rest assured that Canon vs nikon winner is clear now and cannot be disputed by mere subjective means. This was a Canon vs Nikon competition with results based factual evidence.

What Does This Really Mean in the Canon vs Nikon Debate?

We all like to believe that the brand of camera we shoot is the best.

It makes us feel justified in the money we spend on camera equipment and accessories, whether it be Canon, Nikon or another brand.

That's simple human nature, right? But is there some truth revealed in the Canon vs Nikon winning statistics in this contest?  Critics would say it's just one contest and that 45 winning photos is a small number to make any valid conclusions.

I am not so sure.  I think it does align with the fact that Canon has been the leader in sales for digital cameras for quite some time.  Is that only because they are better at marketing?  Or is it because they keep photographers like me happy by continuously introducing new and improved upgrades all the time.

I hope you enjoyed this article on the Canon vs Nikon subject.  Two of my colleagues are both Nikon shooters and we have a lot of back-and-forth razzing that makes this a fun debate.

There are others that take this argument to a serious level and add to unnecessary animosity between photographers who choose different camera brands.

There is no doubt that the camera equipment that you choose is very important.  Cameras, lenses and accessories need to perform as you expect them to so that you can create beautiful images.

Keep it in mind that the most important camera gear is the 12 inches behind the camera.

Have a blast shooting your Canon!