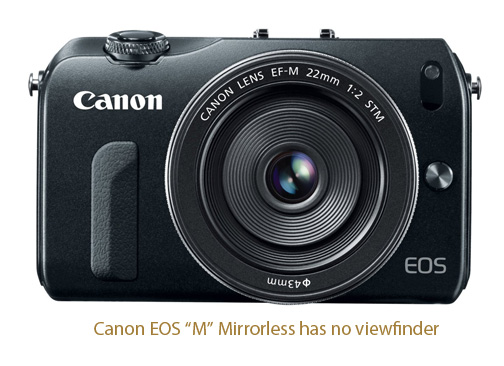 The  first canon mirrorless camera had some positive features but came up short in a few ways including a lack of fast performance in the focusing department.  It would be great if Canon's new Dual Pixel auto-focusing system is used in the much anticipated upgrade to the Canon EOS "M" which was Canon's first mirrorless camera with interchangeable lenses.

The M's 18.0 megapixel sensor is the same sensor used in the Canon T4i and the image quality is excellent.  I am not a big fan at all of the mirrorless cameras that only come with an LCD screen to compose your photos and videos and the EOS M is one of them.

Not all mirrorless cameras lack a viewfinder.  The high-end Nex-7 made by Sony was the world's first with OLED electronic viewfinder. 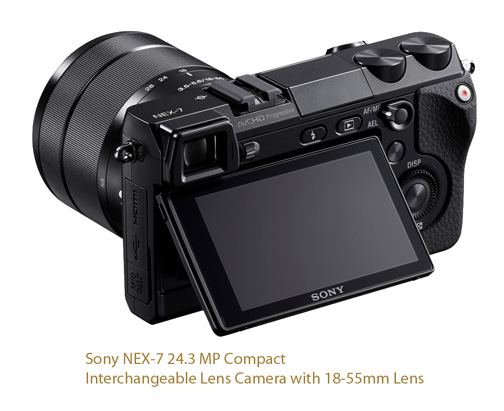 Optical viewfinders take some space and it's a space-saving feature to omit having one as part of a camera's design.

1.  Without the mirror, glass, and bulk of a prism, these cameras are smaller and lighter than the traditional DSLR with interchangeable lenses.

2.  A second advantage is that there is less to break when you have fewer moving parts inside of your camera.

The graphic below show the huge difference is size between the popular Canon T4i and the Canon EOS M.  The black rectangle shows the outside dimensions of the T4i if looking down from above.  The gray box represents the Canon EOS-M. 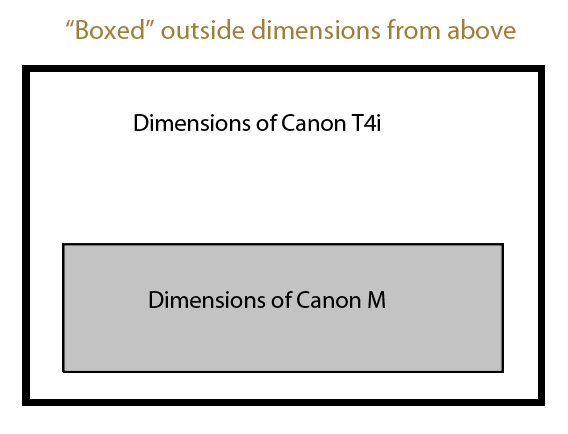 Mirrorless cameras were first introduced into the market in 2008.

The most common camera accessories are batteries, memory cards and a good compact flash like the Canon Speedlite 270EX II.  Canon made a speedlite spcifically to go with the EOS M Camera and named in Canon 90EX.

The M does not built-in flash, nor does it have a grip like the Canon DSLRs or G series of cameras like the G11, G12, 15 or Canon G1x.

The best mirror-less cameras should have the following features:  A large sensor, interchangeable lenses, the ability to shoot "raw" photos, and lots of accessories available.