Macro photography with a Speedlite 270EX II is probably not a highly sought after topic for an article on digital photography using Canon camera equipment.

As it turns out, it's a great illustration on how you can do some nice photography with a tiny little flash like the 270EX. 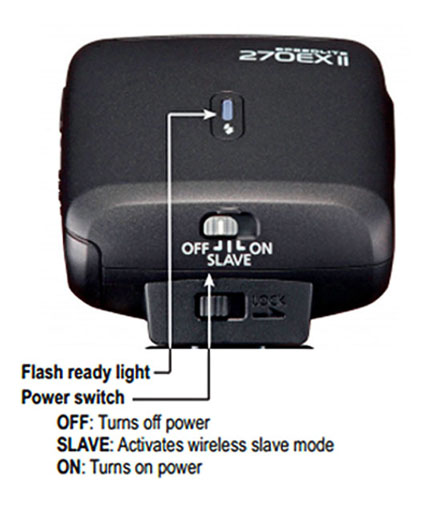 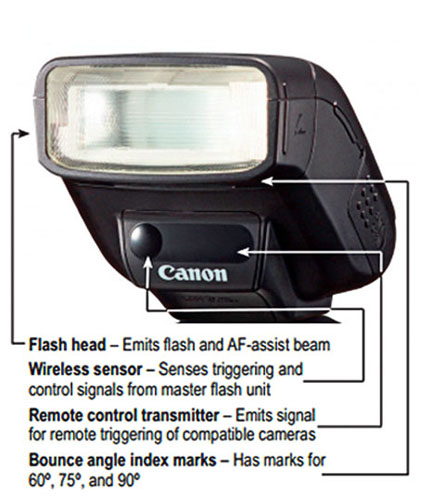 It's almost never advisable to attach your favorite speedlite to the top of your camera and expect to get a nice macro photograph using direct lighting.

Not only is the flash not likely aligned with your subject, but also it's such a harsh, directional light source. 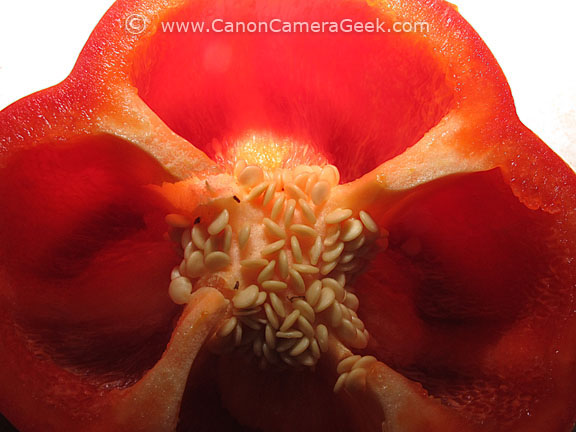 The macro photo above was shot with the 270EX II head in it's normal position.  The lighting is very uneven and does not illuminate the subject very well.

The background (the two upper corners) was completely blown away by the light  hitting it so closely and directly.

In the close-up photo of the red pepper below  the 270EX II head was in the 90 degree bounce position.  A large white piece of cardboard was placed in front of the 270EX II 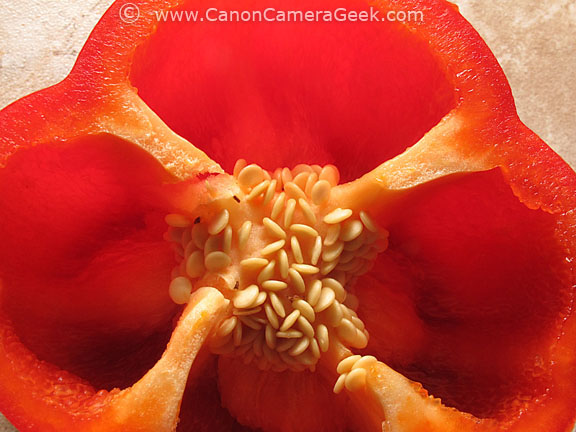 What a big improvement!.  The macro lighting is still directional, but so much softer.In this photo the texture and details of the red pepper are nicely brought out.

You can also see the detail in the background (the upper corners) which was a leftover square of floor tile.Both of these photos were taken with the Speedlite 270EX II attached to the shoe mount on top of a Canon G11.

One of the features I like with the Canon G11 is its close-up focusing magnifier.  Part of the swing-out LCD panel is magnified for accurate focusing while in manual focus mode.

Depth of field is extremely limited while shooting macro and the G11's minimum aperture is only f-8.

Macro photography with a Speedlite 270EX II is a lot easier if you keep it simple.  Macro photography usually involves using a  tripod.  That frees up a hand to hold a light reflecting surface to bounce and direct the light properly.

I also shot a quick video to show you how very simple my set-up was.  The video was shot in my dark basement using a Canon 5D Mark III on a Bogen-Manfrotto tripod.

In this case, just a simple piece of white cardboard was all I needed to dramatically change the light produced from the Canon Speedlite 270EX II.

Here's another example below of how well this type of simple macro lighting works and the story behind it. Being the camera geek that I am, I sometimes am sometimes inspired to photograph unusual subjects that most people would find...um.... well, a little weird.

My wife was in one of her decluttering modes and decided to go through our vitamin cupboard and discard all of the outdated pills. Upon seeing the ziplock bag, full of pills with different colors and shapes, I requested a delay in the proper disposal procedure and knew I had a subject to share with my readers. 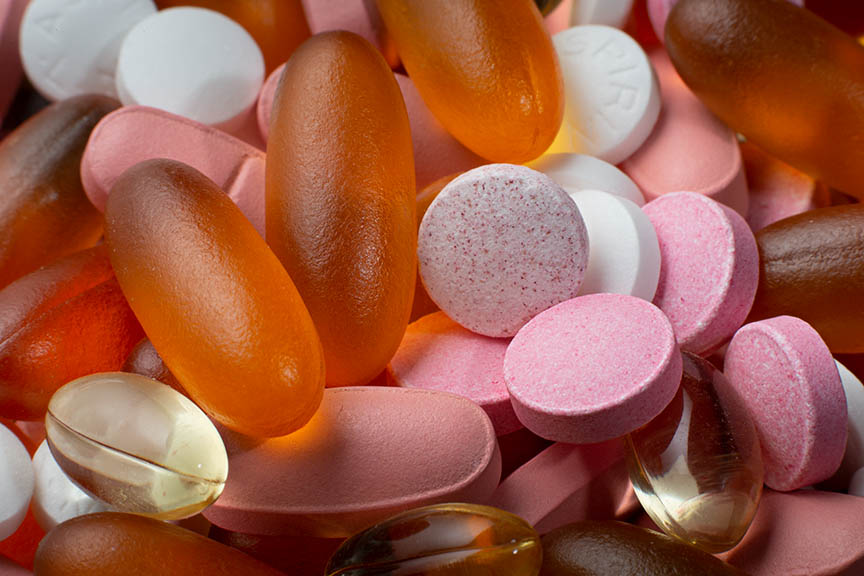 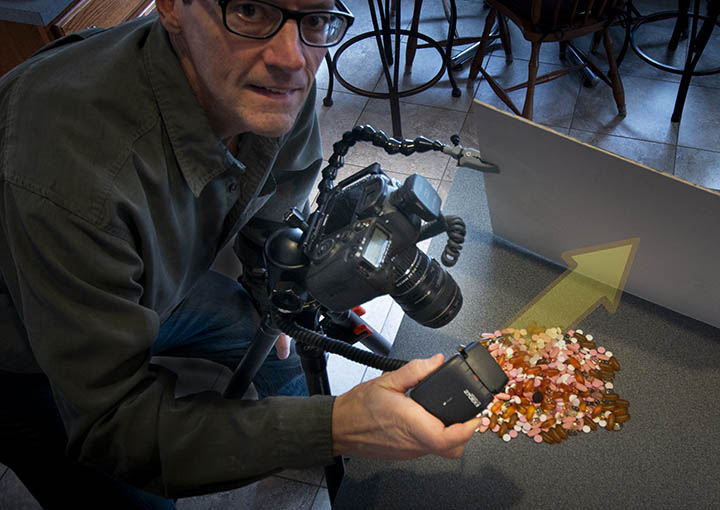 The gear I used for this closeup is the gear I use the majority of time when I'm shooting macro. Generally, I don't use the Speedlite for outdoor macro photography, but with high speed sync it can do a nice job filling in the shadows when it's sunny outside.

Here is the equipment I used in the above photo of the discarded pills:

equipment used for this photo

You can also use this simple trick when taking hand-held portraits, provided you can hold your camera with one hand and hold the reflector above your 270EX II with the other hand. I decided to challenge myself and shoot a few Canon Speedlite Portraits in my cinder-block-walled basement and get professional looking results using just a Canon 270EX II as the only light source.