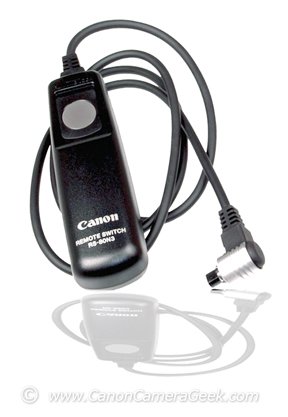 My first canon cable release was the company-made Canon Remote Switch RS-80N3. It worked flawlessly until I broke it accidentally by pinching the wire on a rotating camera bracket.

So I needed a replacement shutter release for my Canon 5d and found a non-Canon one cheaply priced on eBay.

The question that arises with many Canon camera accessories is whether to buy the accessory made by Canon or by a third party. I wanted to be thrifty and save some money.

Here is a video comparing the three different shutter cable releases I've used. This video shows why it is important not to shop for accessories based on price alone:

You might be wondering what does a cable release actually do on your Canon camera. A shutter release cable is a gadget that attaches to your camera with a cord. When the cable release is pressed it triggers the shutter on your camera to take a picture or shoot a video.

By not physically touching the camera you avoid causing camera movement which could result in a lack of sharpness or a blurry photo. Canon shutter release cables are usually used with a tripod when taking a long exposure photograph.

The main reasons to use a cable release is to prevent motion blur from camera movement when using slow shutter speeds, powerful telephoto lenses or while doing macro photography.

A good shutter release should have a locking button that allows you take "bulb" exposures without having to hold the cable release button down. It should also allow you to push the button half-way to lock in focus or exposure settings on your camera. 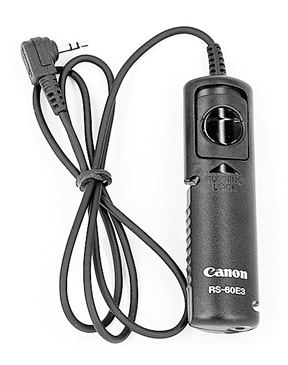 I've occasionally tinkered with some do-it-yourself projects, have read many articles on do-it-yourself camera accessories, and watched many related videos.

Making a small electronic cable release would not be one that I would want to do myself. The Canon Remote Switch RS60 E3 is one of the highest rated Canon cable release accessories on the market.

It is the single pin and is compatible with the Canon EOS Rebel cameras, including the 60D, the Elan series and the EOS Rebel T1i, EOS Rebel T2i,EOS Rebel T3i, EOS Rebel T4i. You can extend the length of the RS 60-E3 cable from a 2-foot to a 35-foot length by using the 33-foot (10 meter) Canon Extension Cord ET-1000 N3.

A cable release is vital to get sharp images when you have a slow shutter speed, even if your camera is on a tripod.  Even a gentle touch of the shutter button with your camera on its tripod will produce some camera movement.

Even if you don't buy a Canon Cable release, it's important to get one that will function reliably well with your camera.

I lost one of my cable releases on a photo shoot in July and decided it would be a good idea to have an extra spare, so I ordered two of the ones shown below on Amazon.

The price was right and they function perfectly. 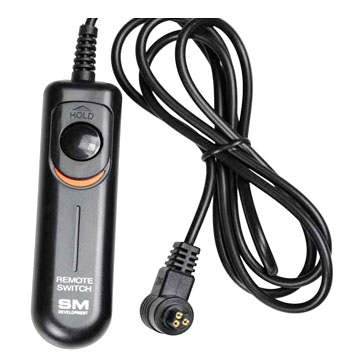 Have a blast with your Canon!