The Canon 17-40mm lens has been one of Canon's most popular lenses of all time for good reasons, but what about some Canon 17-40 alternative lenses? Everyone likes to save money and we all like choices-I'm the same way.

This post will give you several options to consider as the best alternative to using the Canon 17-40 f/4.0. Some will save you money. Others alternatives will empty your piggy bank completely. Some are made by Canon. Some are not. Okay, let's dive in. 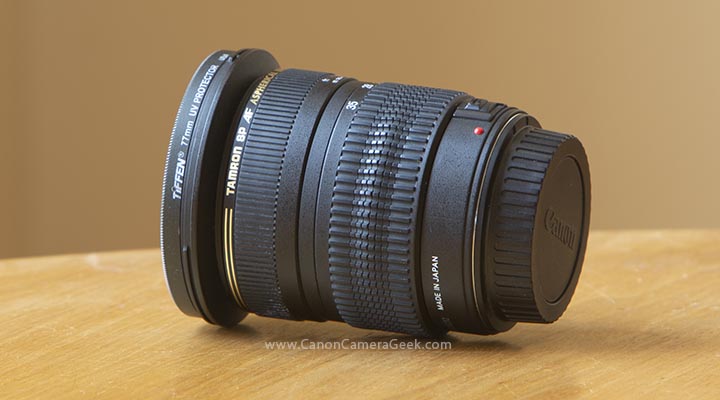 It's odd, because Canon typically will redesign each of its lenses every so often and offer improve optics with each update, but the 17-40 is the exception. It's been a consistent staple lens for Canon shooters world wide for many years.

As alternative lens choices you can go with Canon or Non-Canon lenses. If you have the smaller APS-C sensor in you Canon, you also can go with either EF or EF-S (smaller sensor)

The Canon 17-40 is a good lens for a walk-around on an APS-C camera, provided you using a good copy-which is true of ALL lenses. A few like the Tamron 17-50 better because of the extra reach with its 50mm setting. It's faster at f2. 8, and it's slightly smaller size-although it's still not a Canon L lens ike the 17-40.

PRICE. If you were considering the 17-40 and money was the main factor that swayed away from it, you have 2 choices. You can buy a used Canon lens or a different brand of wide angle that was made to fit your Canon.

MAXIMUM APERTURE. If you don't need to shoot using wider apertures than f/4.0 you can select from other Canon EF-S lenses. If you shoot in dimly lit situations one of the f/2.8 lenses will let in twice as much light.

ZOOM RANGE. The 17-40 (2.4x) zoom ratio is typical for high quality lenses, but is significantly less than the average quality extended zoom range lenses, like the variable maximum aperture 15-85mm and 18-135mm lenses.

SHARPNESS. The 17-40 isn't the sharpest lens around when it's used wide open at f/4.0, but is very sharp once you stop it down to anything f/5.6 or smaller.

IMAGE STABILIZATION. Image stabilization has become all the technological rage lately. It's a nice feature to have. Some wide angle lenses have it and some don't. If you want to shoot at slower shutter speeds and get sharp images without using a tripod, this is a must-have factor for you.

DEPTH OF FIELD - BOKEH. While it's true that you're able to achieve a little more intentional blur of the background with one of the alternative f/2.8 lenses than with the Canon 17-40 f/4 lens, you're already somewhat limited in background blur when using a wide angle lens anyway.

comparison of SUBSTITUTES with the canon 17-40

The cheapest alternative lenses to the Canon 17-40

If you're only a casual shooter and don't need for your lens to be the latest and greatest, you can good deals on the first version of the Canon 16-35mm f/2.8. You'll love the creativity you can play with at 16mm and you love how fast this lens is at f/2.8.

The other way to save is to go with a Non-Canon, like Tamron, Sigma, or Tokina. If you don't need your lens to have won a sharpest-lens-of-the-year award, you'll be quite pleased with some of the solid alternatives.  Check out the current prices on ebay to see what I mean.

CLOSING thoughts on a 17-40 alternative

While some would say that the Canon 17-40 L may not be the best wide angle lens, you could definitely argue that it's the best value. True it's one stop slower than the Canon 16-35 f/2.8 lenses and it lacks the image stabilization of the 16-35mm f/4.0.

I was disappointed with my first try at getting al alternative for the 17-40 lens, the Tamron 17-35. It is ridiculously loud during autofocus which makes it annoying and worthless for shooting videos with my Canon 70D. Even though it's real affordable I can't recommend it.

Shoot your Canon. Have a blast!