Which Lenses To Pick For Canon t6 Thanks so much for asking me for advice on which 2 lenses to keep for your new Canon t6. The Rebel t6's are quite a bargain now that they've been around for 4 years, having been announced in 2016.

When taking a quick glance at your existing collection of lenses for your t6, I'd say that keeping both the 55-250mm and the 75-300mm would not make sense. They are too close in what they provide you in terms of focal length. Secondly, because you are limiting yourself to just 2 lenses, I'd say the 50mm lens is a luxury you'll have to forgo as well.

The 18-55 is my least favorite of all the focal lengths that Canon zoom lenses come in, but it's the only lens you have that covers the moderate wide angle focal lengths. The 18-55 (only 3x) zoom is too pedestrian for me personally for a general purpose lens, but if you are only choosing 2 from the lenses you already have, it's the one must keep lens for your t6. It is good for photographing portraits of your grandchildren.

If you were limited to just one lens for your Rebel t6, and you were not choosing from the ones you already own, I'd steer you toward the Canon 18-135. 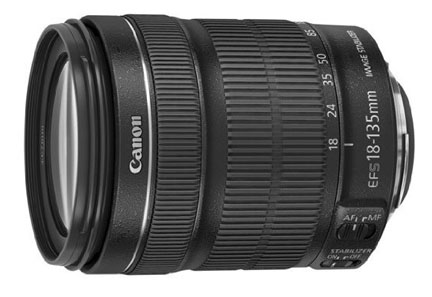 When I updated from my Canon 70D to a 90D, I also had quite a collection of lenses, but researched extensively on just one lens that could handle almost everything for me. When I'm hiking I add the 10-18-it's nice and small-for extra wide angle.

If you're able to keep 3 lenses for your Canon t6, the third choice would be to keep your 10-18mm. You mentioned you're going to shoot landscapes with your t6. With "crop" cameras like your t2i, your t6, and my 90D, the 1.6x Crop Factor dicates that you keep a super wide lens like the 10-18mm.

That lens gives you the same view as a 16-29mm lens would on a full frame camera. That's a real nice wide angle view for landscape photography. I use my 10-18mm on my 90D quite a bit for wide angle photos. It's also great for large group photos in small room and for shooting creative strong perspective images.

That leaves you with choosing between the Canon 55-250 and the 75-300 for the telephoto to keep for your t6. I think you'll really like the extra reach of the zoom with the 75-300mm length. I don't believe the "gap" you have between 55mm and 75mm will hurt your photography in any way.

On my! I hope that wasn't too long winded. So, final answer:

Cassie, please let me know what you decide on. It really depends on your shooting style, what you want to photograph, and how much you're willing to carry along on your photo adventures. Thanks for your questions about what lenses are compatible with your Canon T6 camera and happy birthday to your daughter.

The Canon T6 (and the other Rebel cameras) are what's called APS-C "crop" sensors, meaning their sensors are a "cropped" or smaller version of the full frame Canon DSLR cameras. That means that usually photographers will match them up with the smaller Canon EF-S lenses, but you don't have to.

The crop sensor cameras can take either the EF-S (smaller) Canon lenses or the full frame EF lenses, like the EF 28-70mm f/2.8 you asked about. The good thing about outfitting her with the EF 28-70 lens is that she could keep it and use it on a full frame camera in the future if she ever updated her camera down the road.

Mounted on the T6 camera, the 28-70 lens will give her an equivalent angle of view as a 45 to 112 mm lens, which is a good range for street photography.

That version of the 28-70mm has a maximum aperture of f/2.8. that makes it a fast lens, which is good for shooting in the natural existing light of the street environment.

Here are a couple of articles relating to lens compatibility with cameras: Thanks for asking about the best lenses for you Canon t6. You can fit both EF and EF-S lenses on your Canon t6. The 85mm f/1.8 is an EF lens and an excellent lens for the money. It's great for shooting portraits and it was the lens I first used as a beginning Canon shooter in my portrait business many years ago.

Generally, newbie photographers start with a zoom lens that covers wide angle to telephoto angles so that they can use it for a larger variety of purposes. Don't misunderstand me, the 85mm is a great lens. I just think it may be a bit limited if it is the only lens you have to use. Your t6 camera has a 1.6x Crop Factor, so the 85mm lens will give you an angle of view equivalent to that of a 136mm telephoto lens.

When they were first released in 2014, many of the Canon t6 cameras were sold with one of the 18-55mm lenses included as part of a kit. It's a popular combination because it gives the amateur photographer a nice low price point to enter the world of Canon DSLR photography.

You'll benefit by reading this post on the Canon 18-135 lens. That's the one lens I recommend above others for Canon shooters just starting out with a crop camera like the Canon t6. The 18-135mm is a bit more of an investment than the usual 18-55mm Kit Lenses (also worth reading) but gives you a much better zoom range than the 18-55 kit lenses.

If you really have to keep within a budget, the 18-55mm lenses will suit you fine for your t6.

I hope you found this helpful. Feel free to comment if you have any further questions about the best Canon t6 lens for a beginning photographer.