Aperture priority means you set the f/stop number (aperture) and the camera will set the proper shutter speed to get a good exposure.

1. Set the SL3 into aperture priority as shown in the photo below. 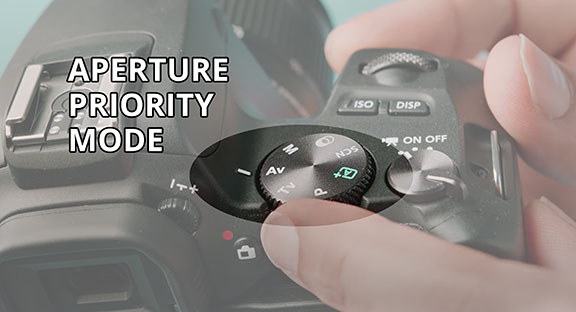 2. Using the SL3 LCD screen, set the aperture and observe the shutter speed that your SL3 determines while you've got your photo composed. 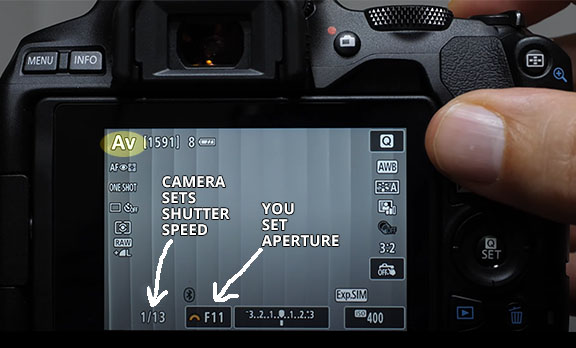 If you are out of the desired range of shutter speeds (very dark or very bright situations), you may have to adjust your aperture and/or your ISO to get the shutter speed in range or where you want it. It depends on the exact situation and the effect you are seeking.

Himanshu, I hope that answers the question I think you were asking. If not, feel free to comment. I personally shoot about 95% of the time in aperture priority because I want complete control over depth of field. You just have to learn to watch the shutter speed and adjust the ISO, use a tripod, add flash, or change strategy if you're not getting the shutter speed you want, even if you shoot in aperture priority.

Of course, you could also switch to Shutter Priority mode on your SL3(200D Mark 2). That's what most photographers would recommend. That way you are setting your SL3 to the speed you want as the priority, allowing the camera to set the aperture. Then you would make adjustments, change the ISO perhaps to get your photo.