How to Adjust the Canon 70D Pop-up Flash Brightness 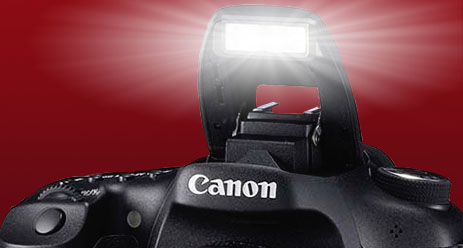 Here is the step-by-step method on how to adjust the Canon 70D Pop-up flash brightness. This will help you get the right exposure in those situations where the automatic setting doesn't give you the results you want.

I've found that it doesn't happen very often, but there are some unique situations where you will want to know how to adjust the brightness of the 70D pop-up flash.

You can avoid the frustration of not knowing what to do when a situation arises by learning this simple adjustment ahead of time. You can avoid the disappointment of getting poorly lit photo slike the one below. 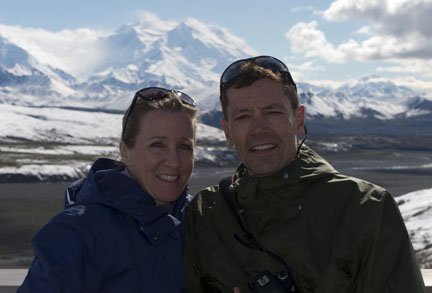 I had a fellow traveler from our tour bus take this photo in front of Mt. McKinley.

More fill flash was needed from 70D pop-up because of the strong backlighting.

My wife and I were underexposed.

Here is the simple 4-step method to adjust the brightness of the flash on your 70D.

Find and push the menu button on the top left of the back side of the camera. Use the rotating thumb-wheel on the lower right of the camera back to scroll across the tabs.

The EOS 70D Flash settings can be found on the second tab in the menu. 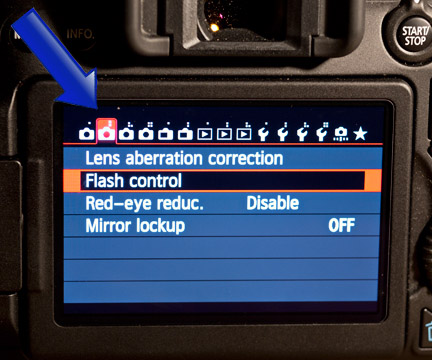 Use the outside of the thumb wheel and rotate it to scroll to your desired selection.

Select your choice by using the center button on the 70D thumb-wheel.

Scroll down to the Built-in flash settings.  Notice that below that selection are two choices for settings related to an external flash. 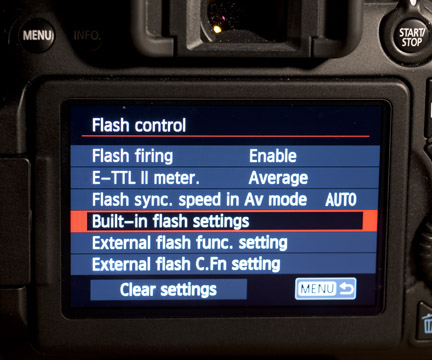 Select the Built-in flash settings by using the center button of the thumb-wheel.  You will see the following exp. comp. with the sliding scale from minus 3 f-stops to plus 3 f-stops. 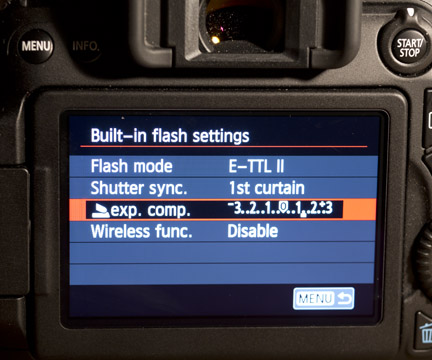 Select that and you will arrive at the screen that actually lets you add or subtract light output on the Canon 70D's pop-up flash.  You will see almost the exact same exposure scale when you adjust external flash that you have mounted to your camera's hot shoe. 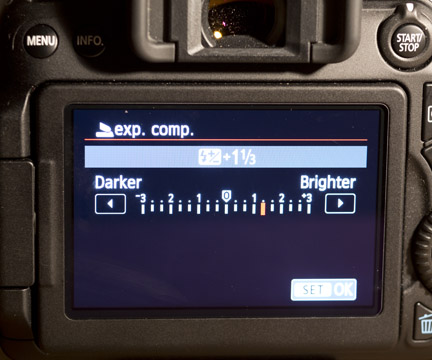 Select over or under exposure compensation

Now just slide the indicator to the desired under or over exposure setting you want to try and select it. This seems like a complicated journey just to change your Canon 70D's flash output and that's a valid criticism. Once you do it a few times, it does become easier.

Modern digital cameras have a lot of technology built-in and it does take some effort to learn.  I switch off between two different Canon DSLRs and a Canon point and shoot, so it is always takes me a second to re-orient to whichever camera is in my hands.

How To Boost The Power of Your Pop-Up Flash

In addition to adjusting the brightness of your flash in the settings of your camera, you can do two additional tricks to make your flash more effective.

RAISE THE ISO: Raising your 70D ISO setting makes it so your sensor does not need as much light for a proper exposure, Essentially that extends the reach of your flash OR enables you to use a smaller aperture.

ADD A FLASH ACCESSORY:  There are several affordable accessories that can either boost or diffuse your pop-up flash for better flash photography results. Here's my guide to flash accessories for your 70D, 80D, 90D etc.

Another resource I highly recommend is for you to pick up one of the books dedicated to the Canon EOS 70D.  I reviewed several of them here:  Books on the EOS 70D.

I have to confess that I didn't even know how to adjust the Canon 70D Pop up flash brightness before I made all these posts about my EOS 70D. I am not a big fan of pop-up flashes, but having the ability to fine tune the output makes it a more valuable tool with your lighting.

Make it fun and just play around with your camera settings and see how it affects your photos!  Just dive in. It's the best way to learn. Have a blast-Shoot a Canon!